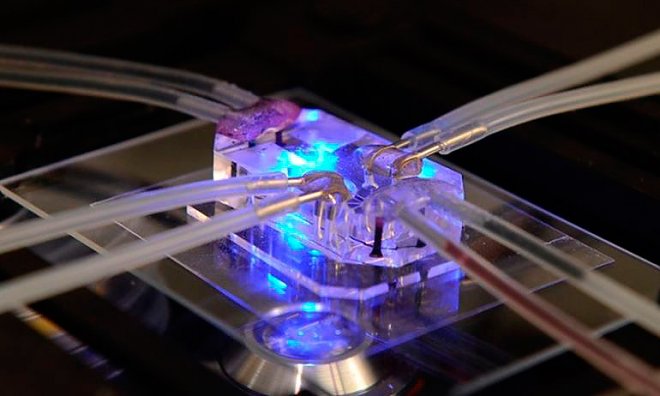 Every year, the London Design Museum awards the “Design of the Year” award. This time it was received by a group of scientists from Harvard University, who introduced silicon chips that mimic the functions of human organs. In the process of their creation, they placed directly on the cells of the cells of tissues of various organs.

So, for example, the chip-lung imitates its work with inhalation and exhalation. In the future, this will help in the development and testing of drugs, without resorting to experiments on animals. With this technology, you can also test cosmetic products and the level of toxicity of substances.

However, in addition to multi-functional functionality, the chips are also distinguished by an impeccable design, which was noted by the museum’s management.

“The creators of the chip,” said the head of the museum Dejan Sudzic, “not only showed the behavior of human cells under certain conditions, but also decorated their work with a magnificent design. They have done something that for ordinary people symbolizes life and what is pleasant to watch. “

“Bodies on chips” were nominated by Paola Antonelli, representing the Museum of Modern Art of New York. By the way, the previous winner was the Olympic torch of summer games in London in 2012 .